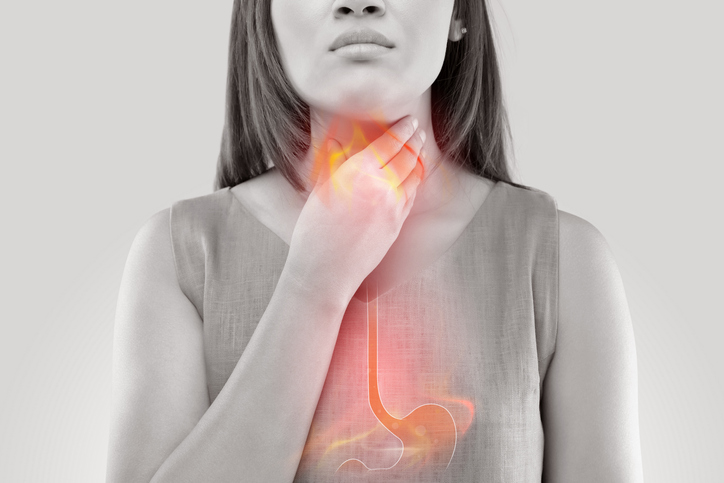 GERD Awareness Week is November 20-26, 2022. Gastroesophageal reflux disease, or GERD, is a very common disorder. Each year during the week of Thanksgiving, Southwell encourages people experiencing the symptoms, which may be GERD-related, to consult with their healthcare provider.

A recent population-based survey showed that 2 of 5 Americans reported GERD symptoms in the past, and 1 of 3 had symptoms in the past week. Although common, the disease is often unrecognized, and its symptoms are misunderstood. GERD is generally a treatable disease, though serious complications like esophageal cancer can result if it is not appropriately managed.

“GERD is often associated with repeat occurrences of stomach contents flowing backward, or reflux, into the esophagus (the tube connecting the mouth to the stomach), causing irritation. Two common symptoms people may experience are heartburn and acid regurgitation (refluxed material into the mouth),” says Dr. George Yared with Southwell Medical Clinic Gastroenterology in Tifton.

Other symptoms may also occur, which include: difficulty or pain when swallowing, excessive belching, the feeling of food sticking in the esophagus, chronic sore throat or irritated laryngitis, inflammation of the gums, the erosion of tooth enamel, morning hoarseness, or a sour taste in the mouth.

“The diagnosis of GERD can often be made based upon symptoms and may be confirmed by one or more tests,” says Yared. “If medication is needed, it is important to follow up with your health care provider regularly to ensure that you are on the most up-to-date medication. Most importantly, GERD patients should know that if GERD is left untreated, it can lead to other serious complications, like esophageal cancer.”

Dr. Yared now offers a test called EsoGuard to aid in the early detection of esophageal cancer, which is a DNA test that detects abnormal cells, such as Barrett’s Esophagus, and other precancerous cells known as dysplasia and cancer.

“This test is the first-of-its-kind and demonstrates over 90% sensitivity at detecting esophageal disease. It’s a simple procedure where we collect cells from your lower esophagus in the office. The collected cells are shipped to the lab through EsoGuard for an advanced diagnostic test, and we typically will contact you with results of your tests within 2-3 weeks,” Yared explains.

For more information on treating GERD or how to receive the EsoGuard test, contact Southwell Medical Clinic by calling (229) 391-4030 or visit mysouthwell.com/gastroenterology.