Facial plastic surgery and cosmetic enhancement procedures offered at Allure can rejuvenate your appearance for a more youthful and refreshed look. To address a variety of common cosmetic concerns, Dr. Spikes provides a range of advanced techniques that can help you meet your goals with natural-looking results.  Here are just a few of our procedures, click on each to learn more:

If you want to address such issues as “frown lines,” forehead creases, or “crow’s feet,” BOTOX® may be the perfect treatment for you.  You can enhance your appearance with a quick office visit and no required downtime.

We inject BOTOX® Cosmetic into specific facial muscles, often close to the targeted wrinkles, using a fine needle. There is minimal pain that many patients describe as a pinprick or bug bite sensation. Improvements usually last between 3 to 6 months, and can often be maintained with periodic touch up treatments.

Patients who have more advanced wrinkling or lack skin elasticity might be better suited for a facial sculpting procedure such as a brow lift or face lift to achieve the improvements they desire. Dr. Spikes will thoroughly explain all of your available options and help you choose the procedure that is best suited to your cosmetic goals.

Juvederm® is a collection of fillers used to treat volume loss and enhance facial features across the face.  While many people refer to their filler as “Juvederm”, the term Juvederm® refers to a family of different fillers that were all developed with a precise formulation to treat different aspects of the face.  The fillers are as follows:

Think of the collection of Juvederm® products as different paintbrushes designed to give the artist the precise effect needed for maximum results.  Each product was specifically designed to do something unique in each area of the face and that is why we love these products and the results they give our patients.

Allergan is the company that makes Juvederm® products and is the same company that makes BOTOX®.  Since coming into the US market back in 2006, the Juvederm® family has established itself as the #1 dermal filler brand in the US.  All the products are made with hyaluronic acid (HA) which is a naturally occurring substance in your body.  Furthermore, the safety profile on HA fillers, like Juvederm®, makes it an ideal choice for use in a wide range of patients.  Many patients (and Dr. Spikes) like the fact that HA dermal fillers can be dissolved if needed or if the patient desires to return to baseline.

It’s not an illusion. It’s your own eyelashes—only better.

Get ready for an innovation in lashes.  LATISSE® (bimatoprost ophthalmic solution) 0.03% is the first and only prescription treatment approved by the FDA for inadequate or not having enough eyelashes, growing them longer, fuller and darker.

LATISSE® makes lash growth possible because of its active ingredient: bimatoprost. Although the precise mechanism of action is not known, research suggests that the growth of eyelashes occurs by increasing the percent of hairs in, and the duration of, the anagen (or growth) phase. Lashes can grow longer, thicker and darker because bimatoprost can also prolong this growth phase.

Clinically proven results you can see over time.  LATISSE® is FDA approved and effective. It’s a once-a-day treatment you apply topically to the base of your upper eyelashes. Patients in a clinical trial saw results in as few as 8 weeks with full results after 12 to 16 weeks.

It’s an innovation backed by research.  While LATISSE® is a treatment for inadequate or not enough eyelashes, it was developed through years of research by Allergan, a pharmaceutical leader with over 60 years of expertise in prescription eye care products.

How to Apply.  Like every routine, applying LATISSE® (bimatoprost ophthalmic solution) 0.03% is all about consistency and precision. Once you follow the basic guidelines, the results will come gradually over time. To see the full effect of your eyelash transformation, take a “before” picture before you start the treatment, and keep taking pictures every 4 weeks to chart your progress.

Obagi is a leader in skin health.  With a 30-year legacy of science and innovation, Obagi has led transformative research that has met the needs of every skin tone and type.

Watch these Obagi testimonials for real stories and real results:

Obagi Blue Peel® is an in-office, medium-depth facial chemical peel procedure performed by one of our professionally trained specialists to help reveal younger, healthier-looking skin one layer at a time.

Products are not for individual sale. For professional use only.

The Obagi Blue Peel® represents a breakthrough and significant improvement in the skin rejuvenation that “Promotes Skin Health and Restores Beauty”. The Obagi Blue Peel® can restore a tighter, smoother and younger-looking skin regardless of age, color or skin type, not only to the facial area but to non-facial areas.

The Obagi Blue Peel® will have the greatest benefit on those who have blemish-prone skin, wrinkles, pigmentation problems, sun damage or general poor skin quality. Layers of dead skin cells exfoliate and are replaced by healthier ones allowing the skin’s own clarity and tightness to resurface.

The Obagi Blue Peel® is a chemically superior peel that achieves optimum skin resurfacing by using slow-acting TCA (trichloroacetic acid) to remove dead skin cells and stimulate the production of new ones.

Obagi Blue Peel® recovery time is relatively painless and last just seven to 10 days. The recovery time is shorter than with most resurfacing treatments due to the fact that it is a well-tolerated procedure that rarely produces erythema or inflammation.

The Obagi Blue Peel® is a one to four step application of blue solution mixed with TCA (Trichloracetic Acid). These applications will lead to the removal of thin surface layers of aged and damaged skin. Layers of dead skin cells exfoliate and are replaced by healthier ones allowing the skin’s own clarity and tightness to resurface.

An Obagi Blue Peel® is not a substitute for a surgical facelift or minimally invasive FaceTite® procedure. It cannot eliminate excessive or lax skin. In many cases, we may suggest that an Obagi Blue Peel® be performed in conjunction with other cosmetic procedures. 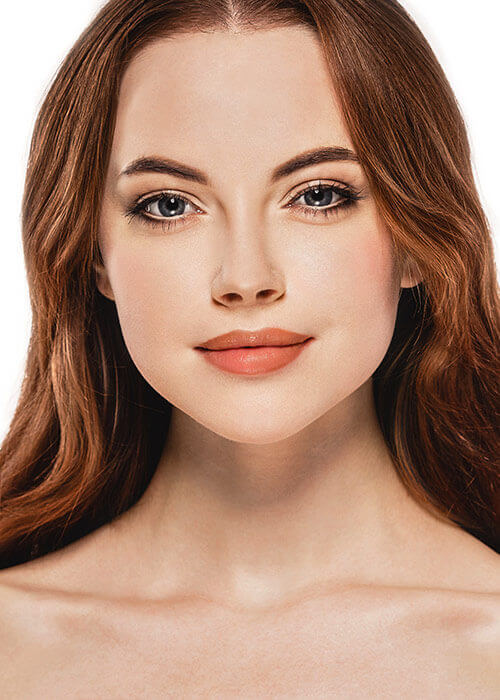 A physician referral is not required.  To make an appointment, call and speak to one of our staff members.